I’d rather have eaten a can of worms than have my hair washed. And my parents would have gladly fed them to me rather than wrestled with me to wash it.

We didn’t have modern conveniences like indoor plumbing, walk-in showers, and bathtubs. We had electricity, though, thanks to one of my dad’s many skills.

And speaking of daddy, he rarely ever raised his voice, never lost his cool and never liked whipping us kids. Mom did, though. She liked law and order and didn’t hesitate to exercise her militant authority when needed. You’d have thought she was the one that served in the army instead of my dad.

But to keep peace with mom, during Saturday’s hair-washing night, daddy reluctantly sat beside the galvanized tub with a long, skinny switch; the kind that wrapped around your legs several times like a leather strap. Mom picked it out.

Like a stern-faced Sargeant, mom sat me down on the stool and leaned my head back, allowing my long red hair to cascade into the metal tub. Then the waterboarding began.

As if being electrocuted, I kicked and screamed and wriggled my slippery, half-naked body free from daddy’s firm grip and flew out the door, across the porch, down the steps, and down the dirt lane. If we had had any neighbors, they would have been standing on their porches with shotguns thinking a mass murderer was on the loose.

We lived in the heart of the woods where the only light we had was the moon and the stars. For a little six-year-old with a big imagination and afraid of the dark, that was just a tiny spark in a cave. Every tree was a leaping bear; every sound a prowling monster looking for children to eat.

Suddenly, I came to my senses and decided I’d rather be drowned than eaten alive and shot like a bullet back into the house.

And there they were, mom standing triumphantly with the pitcher of water in her hand and daddy sitting, seemingly amused, still holding the switch.

There were other Saturday night hair washings. But, remembering the monsters lurking outside in the pitch dark, I stayed glued to the stool. That doesn’t mean I didn’t cry and kick and scream and make it easy for my mother to torture me. Oh, no! She always had to pay for her evil crimes! 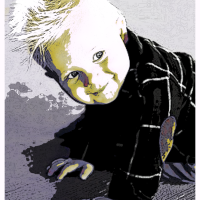 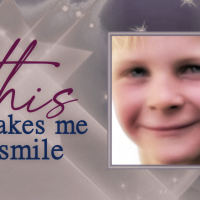