A few weeks after our beloved Rascal passed, Buck and I visited our local animal shelter. I really didn’t want another dog, but Buck did. And I was willing to do just about anything to ease the pain of losing our beautiful Australian Shepard. Buck and Rascal were inseparable, and he couldn’t get over losing him. So, since it was his birthday . . . Well, there you go.

There were so many dogs to choose from, but none of them appealed to either of us except the little brown dog in a big gloomy cage, laying on a skimpy, raggedy blanket. But I couldn’t wrap my heart around the idea of adopting a hound mix. It’s true, I didn’t want another long-haired dog, but a hound? However, when I discovered she was a greyhound mix, I liked the idea a little better. So, I stood glued to her cage while Buck went to the front desk and filled out the adoption papers.

Her name was Claire, but we changed it to Bella Rae; it suits her quirky personality better. And quirky is an understatement.

Bella does everything on her terms and is extremely persistent at getting what she wants. She’ll shake her head and snort, and bark and howl and will not stop until she gets what she wants, or we tell her to go lay down.

And there is nothing graceful or lady-like about Bella. Nope! She’s a brute. She stomps on our feet. She jumps all over our guests. She knocks down children and nearly licks the skin off their faces. When I put her in her crate, they let her back out again. Drives me nuts! And when she wants to lay down, she pitches a hissy fit until she’s covered from head to tail.

Bella and I butt heads. She thinks she’s the queen of the castle, but that day will never come. And since I’m the one sitting on the throne, she loves Buck the best and even sleeps with him, hogging more than half the bed.

Bella has a built-in alarm system, prompting her to awaken Buck when he stops breathing or has one of his recurring nightmares due to sleep apnea and PTSD. Although she is not service dog trained, she senses when something is out of wack and tries to fix it.

One day, during a family gathering at our house, Bella barked and kept pushing our granddaughter away from the baby carrier. At first, we were all alarmed because we’d never seen this side of Bella before. Then, we realized she was protecting our great-grand baby from her own mother!

When we first brought Bella home from the shelter, she was so skinny that she actually looked like a greyhound. Now that she’s lost her girlish figure, we can’t figure out what mix-breed she is. One thing for sure, she is definitely a hound mix, just like the label on her cage read at the animal shelter.

So, we drove home without her. She had her mom and her two brothers, a few cats, and a bunch of other dogs to hang with. She’ll be fine, I reassured my heart. Besides, the neighbors are kinda, sorta looking after them.

The next day, I called animal control to find out that they were already working on it. I told the man I was talking to about the little black female and how I didn’t think she would survive the week. He assured me that she was fine and if I wanted her, to go get her.

She was so happy to see me again that I wished I had rescued her the day before. I could have saved her from one more night of misery. Buck was all for it, so I have no one to blame but myself. But, we’re here now, and she’ll never go hungry again or spend another night out in the freezing cold.

It was love at first sight when the two dogs met; just like I thought it would be. Bella acted as if Pepper was a live toy for her to play with, pawing and chasing her around the house. But, Pepper had the upper hand, or should I say upper paw, on Bella because she was tiny and used to having to defend herself against bigger dogs. So, when she had enough of Bella’s rough-necking, she’d run under the sofa in the living room, stick out her leg, and swat at Bella when she ran by.

Weighing in at only eight pounds, and other than a slight case of mange on both ears, the vet gave her a clean bill of health. However, she continued eating bugs in the yard for months after we captured her. It’s a shame what careless, irresponsible people put their animals through.

Pepper is the sweetest dog ever. Her long, slender body and floppy ears suggested to the vet that she is a Dachshund Labrador mix. Where Bella is highly excitable, Pepper is calm and patient. However, she is full of energy and jumps sky-high when she gets excited, and still, after three years, she’s a chewer. The other day, I was looking for my other shoe and there it was in the middle of Buck’s bed, soaking wet. I found it before she chewed it to death.

Thank goodness, Pepper doesn’t jump on the kitchen counters and table anymore. But, she and Bella will drag a loaf of bread off the counter and devour it in a matter of minutes before I go in the kitchen and discover the empty, shredded bag on the floor.

Bella and Pepper are our fur babies. They fill each day with love and slobbery kisses. They make us laugh. They make us happy. They fill the void and sadness we felt when we lost Rascal. I’m thankful for our two dogs.

Bella and Pepper; especially Bella, doesn’t like having their picture taken. Bella has such a beautiful face with big, soulful eyes that are difficult to capture. But, here’s a few that we had to sneak and snap quickly.

3 thoughts on “My Two Dogs” 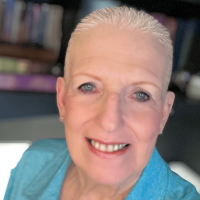